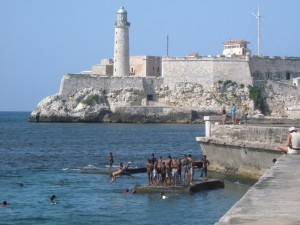 Visiting Cuba and exporting products to Cuba just became much less complicated.  In an effort to help the private sector in Cuba, the Departments of Treasury and Commerce have implemented new travel and trade regulations, as announced by the President on December 17, 2014.  The changes became effective on January 16, 2015.

Travel to Cuba no longer requires a specific case-by-case U.S. Treasury license.  Although tourist activities are still prohibited by statute, travel to Cuba is now virtually unrestricted as long as it is for one of 12 stated reasons, as announced by the Office of Foreign Assets and Control (OFAC) at the Treasury Department.  All those traveling to Cuba for a permitted reason are granted a general license without application, thus simplifying the process.  The twelve categories of permissible travel are as follows:

7. Public performances, clinics, workshops, athletic and other competitions, and exhibitions

8. Support for the Cuban people

10. Activities of private foundations or research or educational institutes

Among the more promising travel categories, as listed above, is the ability to travel to Cuba to offer support for the Cuban people.  Under the new regulations, travel is permitted if it includes “activities of recognized human rights organizations; independent organizations designed to promote a rapid, peaceful transition to democracy; and individuals and non- governmental organizations that promote independent activity intended to strengthen civil society in Cuba.”

For the time being, travel to Cuba will have to be arranged through tour operators arranging charter flights.  The U.S. and Cuba will seek to enact a civil aviation agreement in the next several months that will enable one to purchase a ticket directly from an airline.

Thus, it is now legal to export building materials to Cuba “for use by the private sector to construct or renovate privately-owned buildings including privately-owned residences, businesses, places of worship and buildings for private sector social or recreational use.”  In addition, exports are permitted for use by Cuban entrepreneurs such as auto mechanics, barbers and restaurant operators.

Additional changes permit the export of goods to facilitate communication among the Cuban people, to foster technological improvements and to aid in agricultural development.

A concise description of the new Treasury regulations is available here.  A summary of the regulations pertaining to exporting goods issued by the Commerce Department can be found here.

OFAC’s regulations are here.  The Bureau of Industry and Security’s new regulations can be found here.

Soon, it will be permissible to import goods from Cuba. According to OFAC, “[p]ersons subject to U.S. jurisdiction are also authorized to import certain goods produced by independent Cuban entrepreneurs as determined by the State Department.”  However, we will have to wait for the State Department to issue new regulations before importing is allowed.