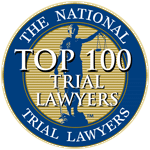 Thousands of people marched in New York City this past weekend to protest the death of Eric Garner at the hands of the police.  Mr. Garner died by asphyxiation on July 17 when a police officer placed him in a chokehold after being forced to the ground.  The police approached Mr. Garner because he had allegedly sold cigarettes without a license.  Mr. Garner was 43 years old, a father of six children and suffered from asthma.

According to witnesses, Mr. Garner’s last words were “I can’t breathe.”

During this weekend’s peaceful demonstrations, his widow stated that the police committed a grave error and they must pay.”

Al Sharpton stated “We are not against the police, rather we are opposed to those who break the law and that should be held accountable for their actions.”

The prosecutor in Staten Island is investigating Mr. Garner’s case which has been ruled a homicide.  A grand jury will be convened to evaluate the evidence in the case.

Mr. Garner’s death has generated indignation in New York as it coincides with the death of other innocent victims in New York at the hands of the police.  In addition, the police shot and killed an unarmed man in Ferguson, Missouri on August 9.  The death of Michael Brown in Ferguson has fueled critics of police brutality.

You may reach a Washington DC Police Brutality and Excessive Force Lawyer at 202-330-6290 or send us an email by clicking here.